Experts Say The Response To The Opioid Epidemic Is Overlooking Women 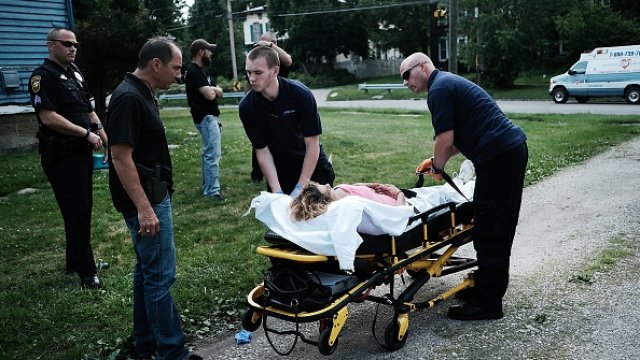 SMS
Experts Say The Response To The Opioid Epidemic Is Overlooking Women
By Lindsey Theis
By Lindsey Theis
July 6, 2018
Researchers say more should be done to understand how women are affected differently than men by the opioid epidemic.
SHOW TRANSCRIPT

There are gender gaps in the United States' opioid crisis, and Yale researchers say more needs to be done to help clinicians, policymakers and other researchers understand how that crisis affects men and women differently.

"In order to really stem the tide of this epidemic, and really deal with all of the terrible consequences of it, it's going to be very important for us to look at differences between women and men," said Carolyn M. Mazure, director of women's health research at Yale.

Opioids still kill more men than women, but women are catching up for several reasons. The Yale team points out women are more likely than men to begin opioid misuse through medical treatment. They also said women are prone to develop an addiction more rapidly than men.

Even though opioid prescriptions dramatically increased over a 17-year period for both genders, women saw a larger jump. Doctors were also more likely to prescribe women opioids for chronic conditions, like headaches. 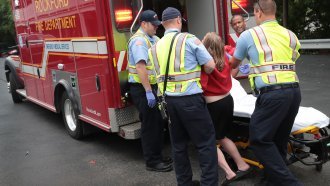 Moreover, studies have found that emergency medical services were three times less likely to administer the life-saving drug naloxone to women experiencing an opioid overdose that ultimately killed them.

When it comes to treatment, women were also less likely than men to enter traditional substance abuse programs. Researchers think gender-specific addiction programs could help by offering services like child care. That's important, considering the number of pregnant women entering addiction treatment for opioid abuse jumped from 2 percent in the 1990s to 26 percent in 2012.

"It's not as important to have women-only treatment programs as it is to have programs that include services for women — like child care, like domestic counseling, like interventions regarding interpersonal violence," Mazure said.