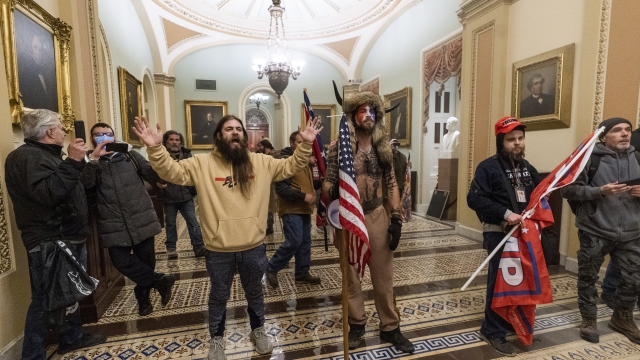 World leaders have denounced the violence at the Capitol and encourage a peaceful transfer of power.

It began with President Trump speaking to several thousand supporters, telling them the election was stolen from them.

He was pushing them to protest at the Capitol, saying: "I know you're about to walk there. I might even join you."

Those protests quickly turned violent just minutes later as crowds clashed with Capitol police. They sprayed a chemical irritant and stormed the House floor, the Senate floor, the speaker's office.

Lawmakers were whisked away, and so was the vice president, who was presiding at the time.

In the midst of all that, a woman was shot and we learned just a short time ago she has died.