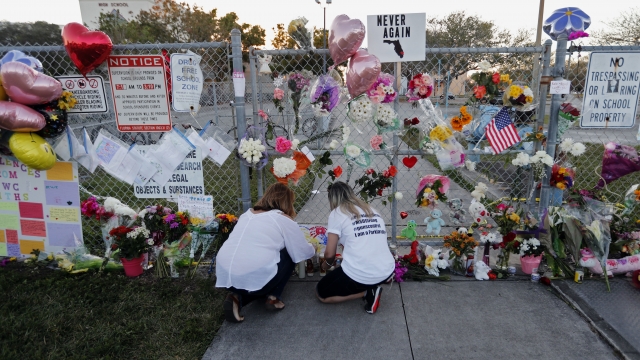 New gun laws are being proposed by the Biden administration...and the president used the third anniversary of the Parkland shooting to announce them.

As residents of the Florida community remembered the 17 lives lost, the president issued a statement Sunday that he will push for reforms that curb what he called the "epidemic of gun violence." Proposals include wider background checks, ending immunity for gun manufactures and bans on assault weapons and high-capacity magazines.

He said: "We owe it to all those we’ve lost and to all those left behind to grieve to make a change. The time to act is now."

In Florida, Gov. Ron DeSantis ordered flags to fly at half mast to honor the victims of the 2018 tragedy.

Meanwhile, the case against the former student who entered Marjory Stoneman Douglas High School with an AR-15 is proceeding slowly ... bogged down by the pandemic and a death penalty request by prosecutors.

Meanwhile, parents like Manuel and Patricia Oliver have found ways to use the anniversary as an outlet for activism.

The two parents, who lost their son in the massacre, are now sending "Shamecards" as part of a call to politicians on how gun deaths have hurt cities.

"I think we are getting to a place where things will be better and we're going to be able to save a lot of lives."