Rosenstein's First Comments After Mueller Report Are Full Of Criticism 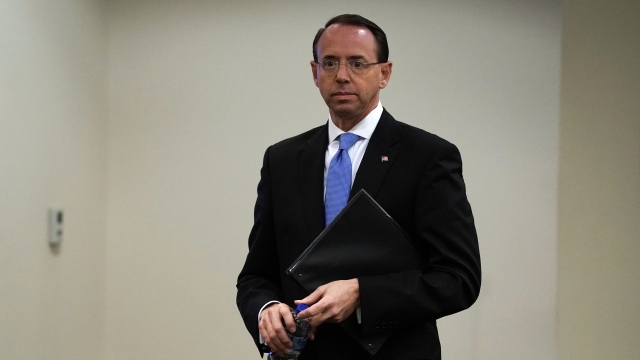 Deputy Attorney General Rod Rosenstein made his first public comments about the redacted Mueller report since its release, and he said there's plenty of criticism to go around. While speaking at an Armenian Bar Association event, Rosenstein said he did what he promised Congress he would do — oversee a fair investigation and come to an "appropriate conclusion."

"I did not promise to report all results to the public because as my fellow U.S. attorneys would know well, grand jury investigations are extra-hard proceedings. It's not our job to render conclusive factual findings. We just decide whether it's appropriate to file criminal charges," Rosenstein said.

He condemned politicians for focusing too much on their beliefs and not enough on the evidence. He also blamed the news media for reporting on "nonsense" and giving airtime to pundits who express their opinions "with little or no information."

But some of his most pointed criticisms called out actions related to the Russia investigation that happened before he was part of it.

"The previous administration chose not to publicize the full story about Russian computer hackers and social media trolls, and how they relate to a broader strategy to undermine America. The FBI disclosed classified information about the investigation to ranking legislators and their staffers. Someone selectively leaked details to the news media," Rosenstein said.

Rosenstein is on his way out of the Justice Department. He previously announced plans to resign, but it's unclear exactly when he will leave the DOJ.