Look Out For More Babies Named 'Simone' After These Olympics 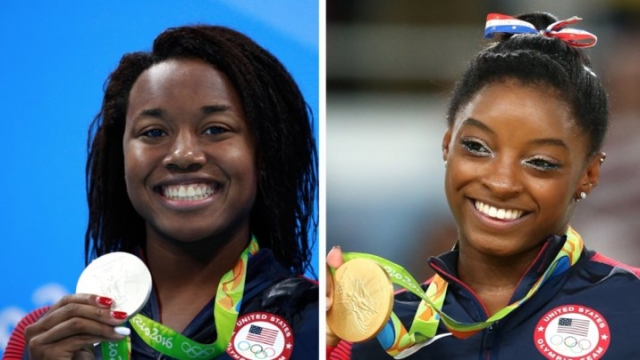 SMS
Look Out For More Babies Named 'Simone' After These Olympics
By Ryan Biek
By Ryan Biek
August 18, 2016
Two U.S. Olympic medal winners are likely why searches for the baby name "Simone" have spiked.
SHOW TRANSCRIPT

Naming your kid after a favorite relative is so passé. How about two famed Olympians instead?

NBC reports a Google search for the name "Simone" has spiked 230 percent in August, and according to Google, it's been six years since the name got this much interest.

Simone Biles' and Simone Manuel's success at the Olympics in Rio de Janeiro could be why.

Biles, a gymnast, won in both team and individual events and is taking home four gold medals and a bronze.

And Manuel, a freestyle swimmer, is taking home two golds –– one of which was the U.S.' 1,000th gold medal in its history at the Summer Olympics.

A baby name expert told USA Today parents often look to pass inspiration to their children through the name they pick.

But the expert added "Simone" itself is simply a name that has an appeal; the trend has moved from names with harder tones and sounds to those with softer ones — think "Emma" over "Gertrude."

Last year, only 340 newborn girls in the U.S. were named Simone –– making it the 821st most popular girls' name in the country.

It's not terribly hard to improve on that rank, but it'll be interesting to see if the name becomes especially popular in the Houston area where both Olympians grew up.

Simone and the male form, Simon, have origins in Hebrew. The name can both be translated as "one who hears" and "to be heard."