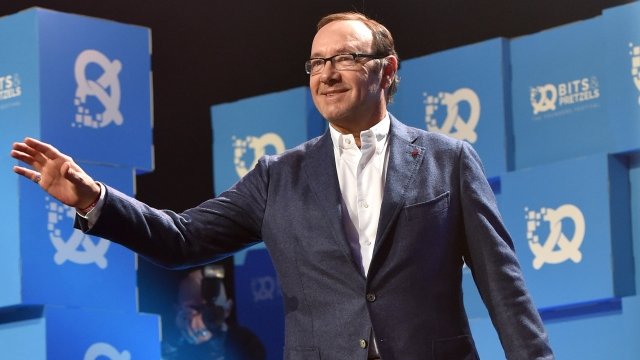 The Old Vic theater in London launched an investigation in October into their former artistic director's conduct.

A London theater that previously employed Kevin Spacey says 20 people have come forward with allegations of "inappropriate behavior" against him.

The theater launched an investigation into Spacey's conduct in late October after "Star Trek: Discovery" actor Anthony Rapp accused Spacey of making a sexual advance toward him when Rapp was 14 years old.

The Old Vic released its findings Thursday, saying the 20 allegations cover incidents ranging from 1995 to 2013. It added that in all but one case, the individuals either "did not come forward at the time or asked that no formal action be taken."

TV Host Says Al Franken 'Kissed And Groped' Her In 2006

Leeann Tweeden made the allegations in an online post for KABC, where she works as a news anchor.

In a statement, The Old Vic apologized "for not creating an environment or culture were people felt able to speak freely."

The theater continued, "The investigation found that [Spacey's] stardom and statue at The Old Vic may have prevented people, and in particular junior staff or young actors, from feeling that they could speak up or raise a hand for help."

The theater said no legal claims or formal grievances were filed in relation to Spacey while he worked at Old Vic. It also said no settlement agreements or payments were made.

The Old Vic said it will make its victim support counseling available for the next year for anyone who was affected when Spacey was employed.

As of Thursday afternoon, the "House of Cards" star had not responded to the new allegations. Earlier this month, his publicist said Spacey was seeking treatment.