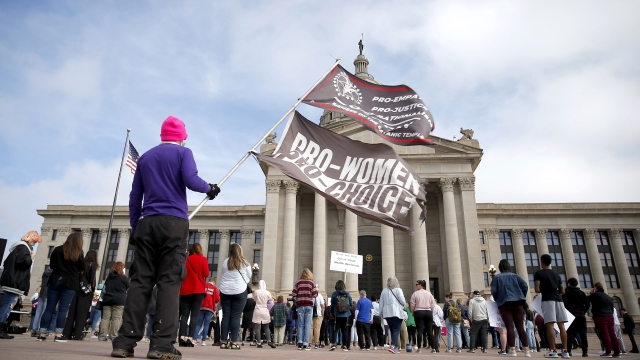 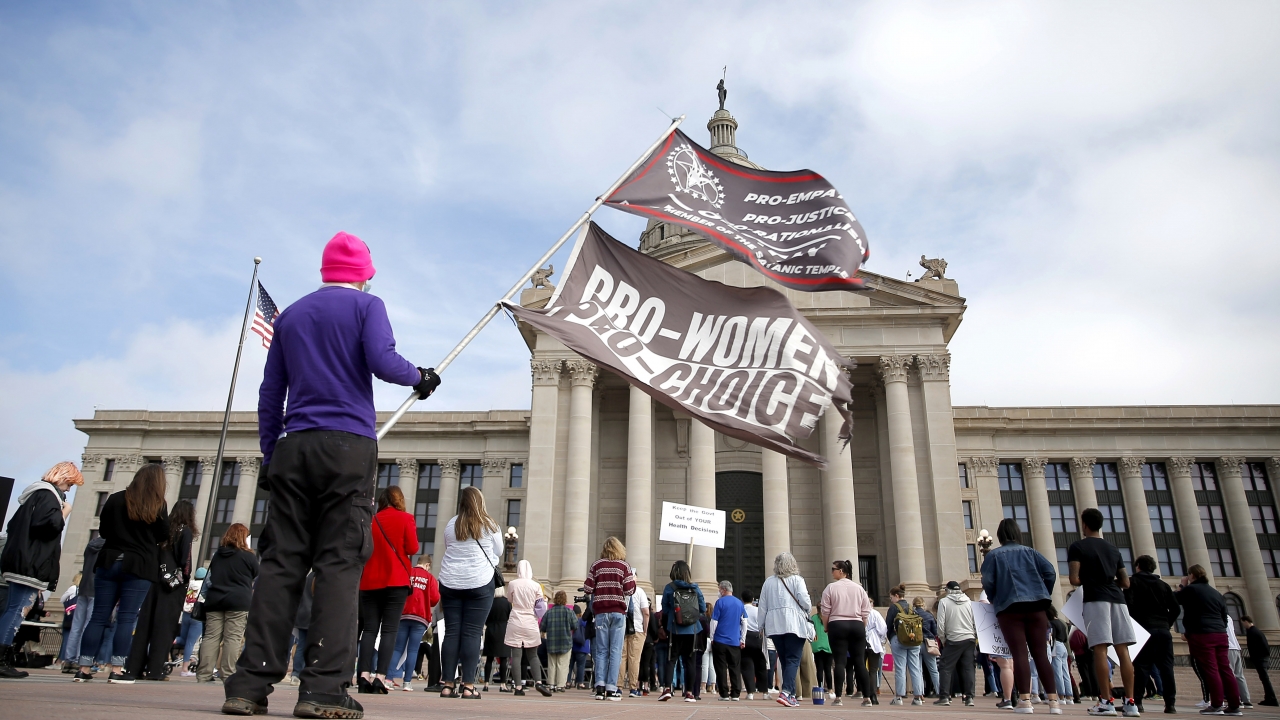 Oklahoma Gov. Kevin Stitt signed a bill into law on Tuesday that makes it a felony to perform an abortion, punishable by up to 10 years in prison, as part of an aggressive push in Republican-led states across the country to scale back abortion rights.

The bill, which takes effect 90 days after the Legislature adjourns next month, makes an exception only for an abortion performed to save the life of the mother. Abortion rights advocates say the bill signed by the GOP governor is likely to face a legal challenge.

Its passage comes as the conservative U.S. Supreme Court considers ratcheting back abortion rights that have been in place for nearly 50 years.

Under the bill, anyone convicted of performing an abortion would face up to 10 years in prison and a $100,000 fine. It does not authorize criminal charges against a woman for receiving an abortion.

Sen. Nathan Dahm, a Broken Arrow Republican now running for Congress who wrote the bill, called it the "strongest pro-life legislation in the country right now, which effectively eliminates abortion in Oklahoma."

"It has never been more obvious that politicians are using tricks and games to pass these harmful laws," Dr. Ghazaleh Moayedi, an obstetrician and gynecologist in Texas and Oklahoma and a board member at Physicians for Reproductive Health, said in a statement. "Oklahoma legislators are trying to ban abortion from all sides and merely seeing which of these dangerous, shameful bills they can get their governor to sign."

Similar anti-abortion bills approved by the Oklahoma Legislature and in other conservative states in recent years have been stopped by the courts as unconstitutional, but anti-abortion lawmakers have been buoyed by the U.S. Supreme Court's decision to allow new Texas abortion restrictions to remain in place.

The new Texas law, the most restrictive anti-abortion law in the U.S. in decades, leaves enforcement up to private citizens, who are entitled to collect what critics call a "bounty" of $10,000 if they bring a successful lawsuit against a provider or anyone who helps a patient obtain an abortion.

Several states, including Oklahoma, are pursuing similar legislation this year.