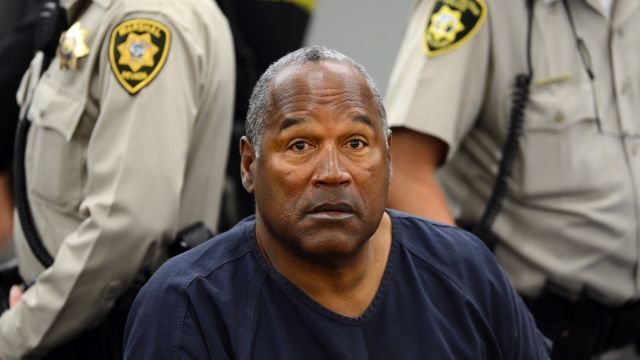 "I know who did it, and I knοw why they did it. I just can't disclose it right now. ... We tried to talk to the police, but they took all my stuff regarding the incidents."

An arrest warrant for O.J. Simpson was issued shortly after, which led to the infamous white Bronco high-speed chase.

"You gotta tell the police to just back off. He's still alive, but he's got a gun to his head," O.J. Simpson's friend Al Cowlings told police.

"We the jury in the above entitled action find Orenthal James Simpson not guilty of the crime of murder," a juror said in 1995.

Simpson was acquitted, but public opinion about his guilt has varied.

The case once again took another odd twist last week when a knife was reportedly found on Simpson's former property. Los Angeles police are in the process of testing the knife.