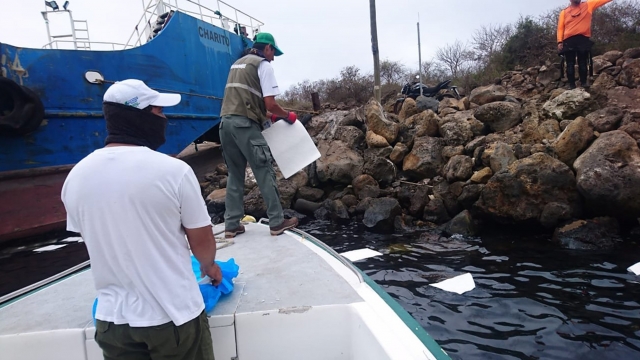 On Monday, officials said emergency crews were responding to a 600-gallon oil spill after a barge overturned near the Galapagos Islands.

The incident occurred just off San Cristobal Island, an area known for its lush biodiversity and rare species.

President Lenín Moreno of Ecuador declared a state of emergency on Twitter but said the situation was under control.

According to the Ecuadorian Coast Guard, the spill happened as a large container was being loaded onto the vessel. The crane then lost control of the container and fell on the ship, causing it to capsize. No injuries have been reported.

An environmental advocacy group known as SOS Galapagos, posted photos of the spill and called the logistics of the operation "illegal and dangerous."

The chain of islands are a UNESCO World Heritage Site and attract more than 220,000 tourists a year. Conservationists have voiced concerns that the delicate ecosystem of the islands was already being threatened by over-tourism.