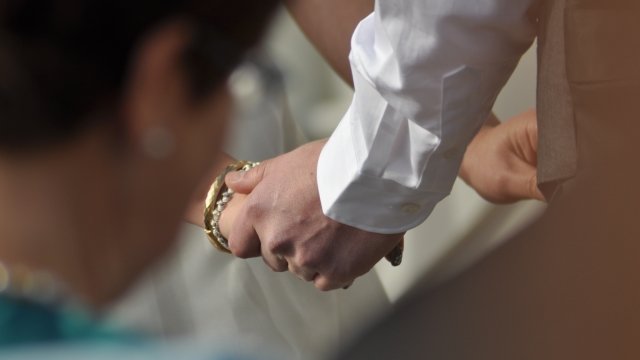 Child marriage laws just got tougher in Ohio. And that's in part because of a local news investigation.

"I had been reading about child marriage happening in other states, and I was curious what was going on in Ohio. I knew the Ohio Department of Health had marriage records, so I went ahead and made a public records request for 15 years' worth of data," Dayton Daily News reporter Laura Bischoff said.

The Dayton Daily News investigation found there were 4,443 girls under 18 who were married in Ohio between 2000 and 2015. One of those marriages involved a 14-year-old girl and 48-year-old man. That case especially resonated with the Ohio state representative who sponsored the newly passed measure.

"It's happening in almost all the counties across the state. I kind of thought when I was going in that maybe it was more common in certain areas of the state or certain communities, and really that's not the case at all. It's pretty widespread," Bischoff said.

The Dayton Daily News investigation was released in September 2017. And now the state is seeing change.

Ohio's governor signed a measure into law requiring both people in a marriage to be 18 — but there's an exception for 17-year-olds if a court gives approval and if the age gap between partners is four years or less.

Ohio law previously set the minimum marriage age for girls at 16 and boys at 18 — but exceptions could be made for younger children, with a juvenile court and parent's approval.

That outgoing Ohio law isn't unique —  most U.S. states still allow some form of child marriage. And while somes states  have toughened their laws or banned child marriage entirely, advocates weren't expecting Ohio to be the next state to make a change.

"I think that other states have found that these laws are difficult to pass. They get kind of wrapped up with religious and abortion politics, because the law in Ohio [allowed] younger teens to marry if the girl is pregnant. And I think there are some families that feel like if you're pregnant, you should get married and raise the baby together," Bischoff said.

Ohio is at least the 12th state to toughen its child marriage laws since 2016. But UNICEF says rewriting social norms is also an important step in ending child marriage.