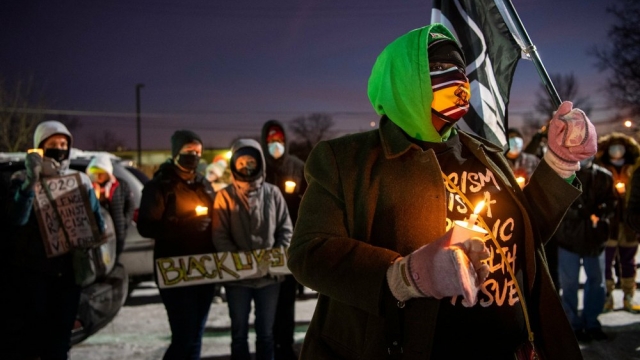 SMS
Ohio Police Officer Fired After Killing Black Man In Garage
By Newsy Staff
By Newsy Staff
December 29, 2020
47-year-old Andre Hill was standing in his garage and holding a cell phone when he was shot and killed by now-former officer Adam Coy.
SHOW TRANSCRIPT

Body camera footage shows Coy shooting 47-year-old Andre Hill seconds after arriving on scene. Hill was standing in his garage holding a cellphone. Coy and other officers on scene didn't provide medical attention for minutes after the shooting.

The officer was responding to a non-emergency call about a car. A link between Hill and that car has yet to be determined. The footage was captured by an automatic feature on the officer's body camera. The officer did not turn on his body camera despite department protocol. There is now a criminal investigation.