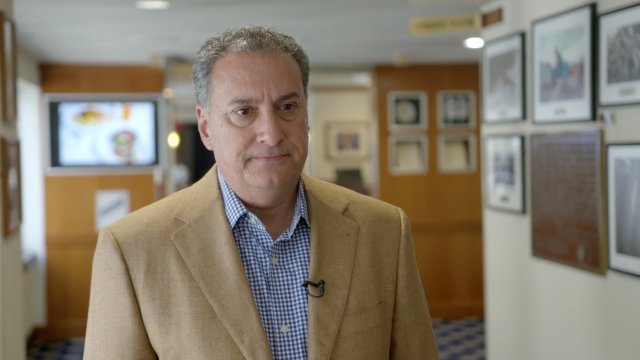 SMS
New Lawsuit Pushes For Greater Regulation Over U.S. Fertility Industry
By Bianca Facchinei
By Bianca Facchinei
August 8, 2019
It’s one of several ongoing cases across the country that claim a lack of oversight led to devastating consequences.
SHOW TRANSCRIPT

“It’s hard to explain the shock and agony when you find out someone you love and care for, your own daughter, is not genetically related to you,” Joseph Cartellone said at a press conference with his lawyers.

The case revolves around Jennifer and Joseph Cartellone from Delaware, Ohio, who underwent In Vitro Fertilization at The Christ Hospital and the Greater Cincinnati Institute for Reproductive Health in 1994. Their daughter, Rebecca, was born a year later. Last Christmas, Rebecca bought DNA kits as gifts for her family. After she completed her test, the family learned that her biological father wasn’t the man who raised her.

Cartellone says he then reached out to the hospital and clinic where they underwent IVF — neither of which acknowledged that any mistake was made.

Christ Hospital told Newsy in a statement it was "evaluating the allegations," but would not comment on pending litigation. The other defendants listed did not return requests for comment.

“We unfortunately receive calls nearly everyday from victims of fertility center misconduct. These are people who had embryos that were created from the wrong sperm, or who had their eggs and embryos destroyed against their wishes, or who had their embryos stored in a tank that just melts down. That needs to change,” said Adam Wolf, one of Cartellone’s lawyers. 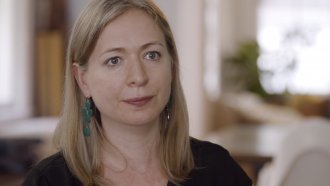 The lawsuit is one of many that take aim at the alleged lack of oversight in the U.S. fertility industry, especially when compared to other countries. Cartellone’s lawyers point to the U.K., where fertility treatments are regulated by a federal agency. A survey from the International Federation of  Fertility Societies shows that Canada and most European countries have laws much stricter than the U.S.

The lawsuit also demonstrates how guaranteed anonymity to egg and sperm donors — the former of which are responsible for nearly $800 million of the industry’s revenue — is no longer possible, due to the rise of at-home genetic testing products.

While he says this experience has caused pain for his family, Cartellone is hopeful that his lawsuit could lead to changes in the way clinics operate.

“Now that we’ve learned how much more widespread these types of situations are, we’ve been working to see if there’s a way that we could help, that our situation somehow could help change the outcome for others. What we want is for this to never happen again to anyone else,” Cartellone said.