Health Officials Urge People To Get Boosters Ahead Of Holidays 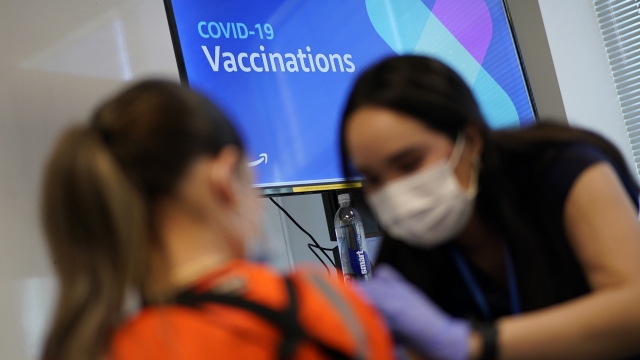 One doctor says pandemic-record travel, the Delta variant, waning vaccine immunity and new surges in kids' cases are a cause for concern

As people take off for holiday destinations it's hard not to think about U.S. COVID numbers taking off with them.

As we saw in 2020, the worst U.S. surge happened right after Thanksgiving. So what will this year bring both with more travel, but also protection with vaccines?

Earlier this year, the University of Minnesota's Dr. Michael Osterholm said the worst wasn’t likely behind us.

"I think this is just leaving us right now with again, you know, when the virus does what it does, why does it do it? And how much can we control? It surely makes sense that more people are traveling, more people are indoors together, that this would enhance transmission but so based on last year's experience, I think we just have to be honest and say we don't know yet," Osterholm said.

Last year we had no vaccine, but less travel. This year, we have widespread vaccine availability, including new authorization for kids five and up. But add in pandemic-record travel, the Delta variant, waning vaccine immunity and new surges in kids cases, Osterholm says it's a concern.

"The data from Europe, where we're now seeing countries with 80% vaccination rates still having substantial illness, and deaths occurring just reinforces the fact that we're gonna have to almost get all the population not most, at least of the population protected through vaccination and or through immunity from having had natural infection," he said. "And it's very likely that that protection will have to be enhanced with boosters on an ongoing basis going forward."

Osterholm says they got it wrong, even publishing an op-ed in The Washington Post to that effect with Dr. Eric Topol Wednesday.

"The big question will be what will it be like in six, eight months from now if you're getting a booster," he said. "But for now, we know that you can greatly reduce even the breakthrough infections with a booster dose."

So will we ever see an end to these waves of case spikes?

Hopefully the future is one where we will see this pandemic and a sense to slowly dissolve away around the world. But it's also possible we could be in the soup like this for some time to come if new variants and waning immunity become real challenges.

Osterholm's op-ed says the U.S. ranks below the top 50 most vaccinated countries, at 59%.