US Officials: Unclear How To Combat Possible Russian Cyberattack 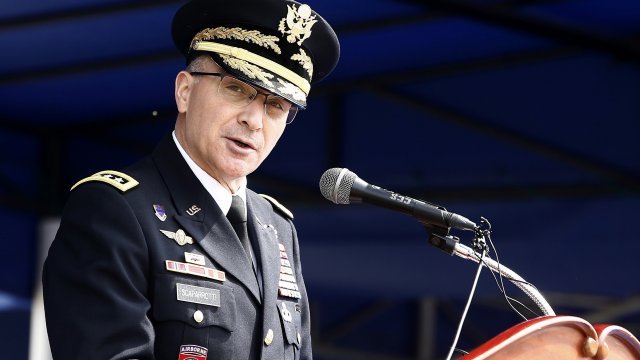 SMS
US Officials: Unclear How To Combat Possible Russian Cyberattack
By Gabrielle Ware
By Gabrielle Ware
March 8, 2018
Military and intelligence officials say they haven't received any instructions on how to handle a possible attack on the midterm elections.
SHOW TRANSCRIPT

Several military and intelligence officials say they have yet to receive instructions from President Donald Trump on how to combat a possible cyberattack from Russia.

U.S. Army Gen. and NATO Supreme Allied Commander in Europe Curtis Scaparrotti said Thursday, "I don't believe there is an effective unification across the interagency, with the energy and the focus that we could attain."

Hawaii Sen. Mazie Hirono said, "There doesn't seem to be anyone taking the lead on this and that is a cause of concern to many of us."

That's probably because the U.S. has received a string of warnings that Russia plans to meddle in the upcoming midterm elections.

One of which came from the Director of National Intelligence Dan Coats on Tuesday.

While the Trump administration hasn't reported any plans on the matter, Trump said he isn't worried about Russian interference "because we'll counteract whatever they do."