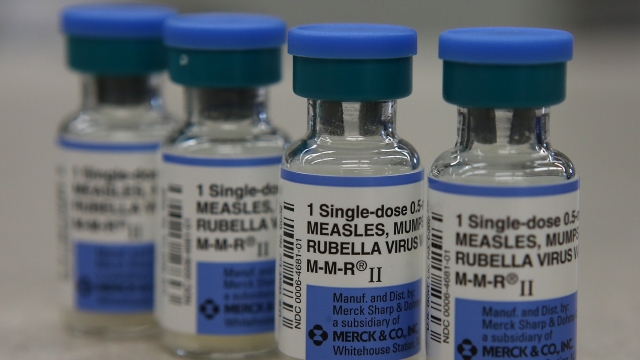 SMS
Health Officials Tighten Restrictions On NY County Measles Outbreak
By Cristina Mutchler
By Cristina Mutchler
April 16, 2019
Rockland County, New York, has issued new orders that force anyone with measles to stay home for up to 21 days in order to curb the virus' spread.
SHOW TRANSCRIPT

The county announced Tuesday that it's forcing anyone with measles to stay home for up to 21 days in order to help stop the spread of the virus, which started back in October. It'll also now require that minors have proof of vaccination, immunity or an exemption form on file in order to attend schools and childcare facilities.

"I have the authority from the state Commissioner of Health to exclude those children who are not up to date on their immunizations," said Patricia Ruppert, Rockland County Commissioner of Health. "Newborns, pregnant individuals, and those with weakened immune systems can't get vaccinated, so it's important that everyone around them become vaccinated to protect them."

Last month, Rockland County issued a state of emergency declaration that banned unvaccinated kids from public places, which was later halted by a judge.

Those aren't the only parts of the U.S. that are dealing with the illness. According to the CDC's latest data, there've been more than 555 confirmed measles cases so far in 20 states this year.

The agency attributes recent outbreaks to travelers who've brought the virus into the U.S. from other countries, like Israel and Ukraine.