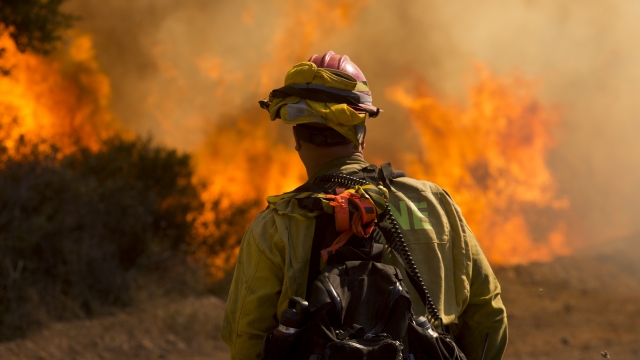 Authorities say a vehicle malfunction is to blame for a large wildfire burning in Southern California.

State fire investigators determined the Apple Fire was started by a diesel vehicle spewing burning carbon from its exhaust system. Authorities came to this conclusion after interviewing multiple witnesses and collecting physical evidence.

The Apple Fire has burned more than 26,800 acres since it began as several spot fires Friday in the Riverside County community of Cherry Valley, which is east of Los Angeles. As of Monday evening, firefighters have the blaze at least 7% contained.

More than 2,500 firefighting personnel are working to battle the fire. The U.S. Forest Service says much of the fire is in steep, rugged hillsides that have no access for firefighting vehicles. The hot and humid weather has also made it more difficult to contain.

About 7,800 residents have been ordered to evacuate their homes. The blaze has burned at least five buildings so far, and one injury was reported Monday.