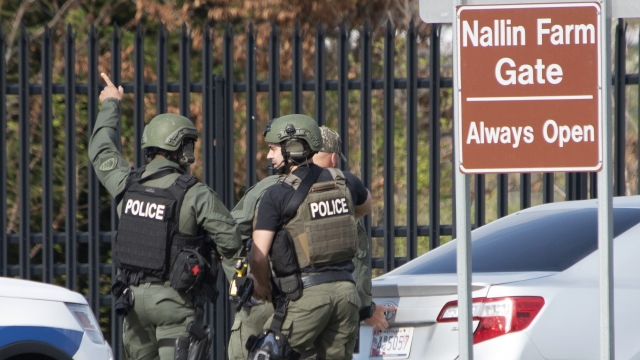 A suspect is dead and two people are in critical condition after a shooting near an Army base in Frederick, Maryland. That's about 50 miles northwest of D.C.

The U.S. Navy says the gunman was a Navy medic. Officials say the suspect shot two people at a business park, then went to Fort Detrick, where military personnel shot and killed him.

Police haven't determined a motive but they say there's no further risk to the public.