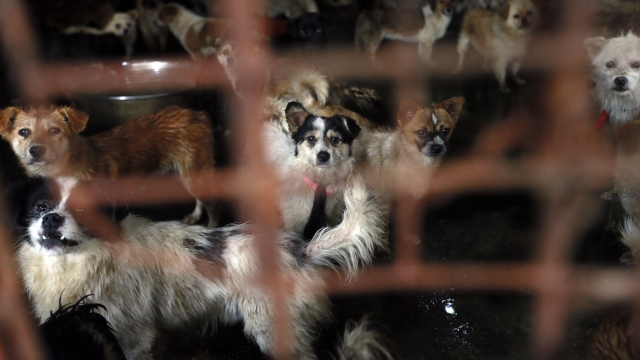 SMS
China's Dog Meat Festival May Not Live Up To Its Reputation This Year
By Briana Koeneman
By Briana Koeneman
May 17, 2017
In a major victory for animal activists, authorities have reportedly banned the sale of dog meat at China's annual dog meat festival in Yulin.
SHOW TRANSCRIPT

In a major victory for animal activists, authorities have reportedly banned the sale of dog meat at China's annual festival in Yulin.

As the organization's China policy specialist put it, "If this news is true as we hope, it is a really big nail in the coffin for a gruesome event." 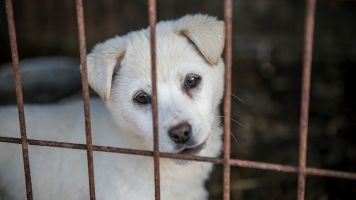 Every year, thousands of animals are slaughtered and sold for their meat at the festival, which marks the summer solstice.

The tradition of eating dog meat dates back hundreds of years in China. Humane Society International estimates 10 million dogs are killed for their meat every year across the country.

But the Yulin festival is relatively new. The animal rights nonprofit says dog-meat traders created the event in 2010 to boost sales.

The dog meat ban will reportedly start June 15, just a few days before this year's festival.