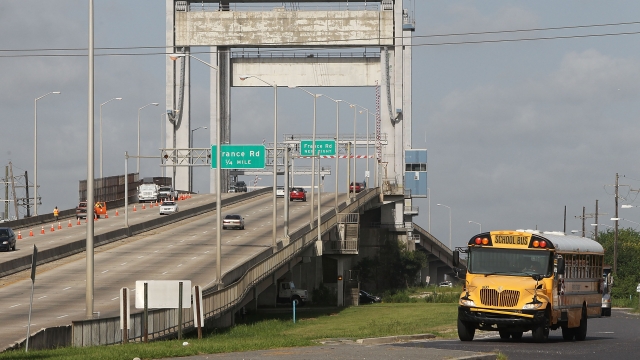 Five former New Orleans police officers involved in the 2005 shooting deaths of unarmed citizens and the subsequent cover-up had their prison sentences slashed.

The shooting happened just days after Hurricane Katrina hit New Orleans. Four of the officers said they were responding to a report of an officer being shot at on the Danziger Bridge and ended up shooting six people, killing two. The other officer was accused of orchestrating a cover-up to make sure the shootings were deemed justified.

The four shooters' original sentences were between 38 and 65 years, and the other officer just six years. The former will now serve between seven and 12 years with credit for time already served, while the latter will serve three years.

This result has been a long time coming. The men were originally convicted in 2011, but those convictions were thrown out by a judge for "grotesque prosecutorial misconduct" after members of the prosecution's staff were found posting anonymous comments online blasting the officers.

But from the beginning, the case created more distrust between the New Orleans Police Department and citizens. The city's mayor requested a Justice Department investigation into the police department, which led to a reform order.

The mayor has addressed the agreement on Twitter, saying he hopes it helps the city heal, adding: "Police misconduct & abuse will not be tolerated. Today we're implementing a sweeping #NOPD consent decree to ensure constitutional policing."

But this case isn't completely settled yet. The victims' families have also filed civil lawsuits against the former officers.