Obesity Rates Are Climbing For Women — But Not For Men 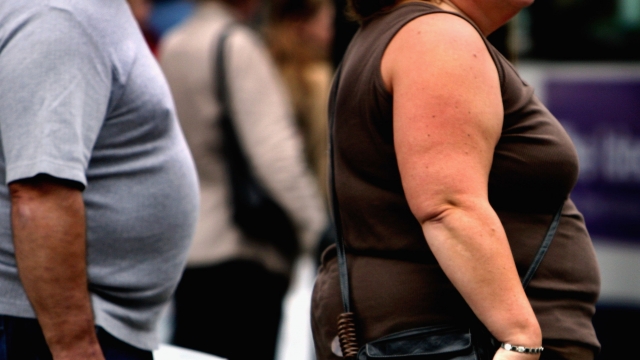 SMS
Obesity Rates Are Climbing For Women — But Not For Men
By Ryan Biek
By Ryan Biek
June 8, 2016
The obesity rate for American women jumped roughly 5 percentage points over the past decade.
SHOW TRANSCRIPT

The number of obese women in America has grown to outnumber men.

A decade ago, both genders' obesity rates were roughly the same, at about 35 percent of Americans for each.

But a new study published in the Journal of the American Medical Association says while men's obesity rate stayed at 35 percent, by 2014, women's had climbed to 40 percent.

The earliest year researchers can report on is 2014 because they wanted government data that prevented people from lying about their health.

The increase in obesity for women, or even the lack of a decrease for men, could be troubling, considering how much money has been spent on campaigns against it.

A different JAMA article notes hundreds of millions of dollars have gone toward obesity research and drug development.

And the Harvard School of Public Health says in 2005 –– even when the women's rate was lower –– the U.S. spent $190 billion on health care expenses stemming from obesity.

One limit to the prevalence study we first mentioned could be what's counted as obese.

This video includes clips from CBS, HBO, ABC and Al Jazeera and images from Getty Images.