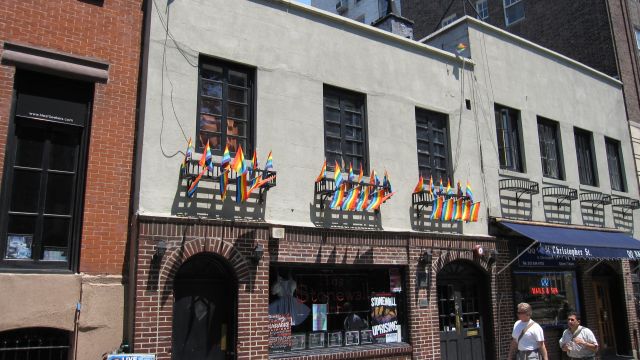 SMS
Obama Wants To Make An LGBT Rights Monument In New York City
By Matt Picht
By Matt Picht
May 3, 2016
The White House wants to designate Christopher Park, which is across the street from Stonewall Inn, as a national monument.
SHOW TRANSCRIPT

The Obama administration wants to commemorate the Stonewall riots by declaring the small park across the street a national monument.

According to The Washington Post, Obama is prepared to hand the National Park Service a slice of Greenwich Village that's right next to Stonewall Inn. Riots outside the dive bar in 1969 helped bring the fight for LGBT rights out into the open; New York City held its first Gay Pride parade one year later.

State lawmakers are all for honoring Stonewall, but the government won't just commandeer private property to do so. Instead, New York Governor Andrew Cuomo has signed a law allowing the state to turn over control of nearby Christopher Park to the federal government.

The Park Service is holding a feedback session on May 9; barring last-minute complications, Obama will sign an executive order creating the park sometime next month.