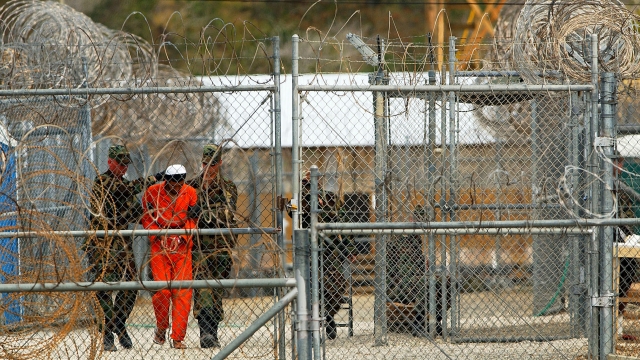 The White House said it expects to move additional detainees out of Guantanamo Bay before President Obama leaves office.

"I think I would expect at this point additional transfers to be announced before Jan. 20," press secretary Josh Earnest said at a press briefing.

Obama whittled Guantanamo Bay's population down from nearly 250 when he took office to around 40. But he's never been able to close the facility entirely like he promised during his presidential campaigns.

George W. Bush's administration established Guantanamo Bay to house terrorism suspects after the 9/11 attacks. At one point it held over 700 detainees.

Related StoryObama Grants Clemency To The Largest Group Ever

Critics see Guantanamo Bay as a violation of human rights, since it holds suspects indefinitely without trial. But even though Obama wants it shut down, it can be difficult to find places to relocate the inmates.

The prisoners are typically transfered to other countries because many haven't been convicted of anything, but the U.S. still wants someone to keep an eye on them. Some have even returned to terrorist organizations after being released.

It doesn't look like Guantanamo Bay's population is going to stay small for very long. President-elect Donald Trump said all releases should stop and promised to "load it up" while he's in office.