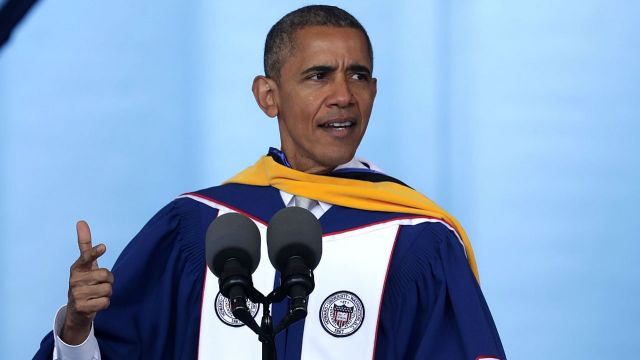 President Obama kicked off commencement address season at Howard University with an inspiring speech that focused heavily on race and staying politically active.

Obama said his presidency didn't create a post-racial society, but it did point out how racial attitudes have changed.

Obama also encouraged the graduates to get out and vote. He mentioned the low voter turnout for midterms and blamed it on the stagnation in Washington.

"You know what, just vote. It's math," Obama said. "If you have more votes than the other guy, you get to do what you want. It's not that complicated."

Obama will give two more commencement addresses this year. One at Rutgers University and the other at the U.S. Air Force Academy in Colorado Springs.