Obama Suggests He Could Have Won This Presidential Election 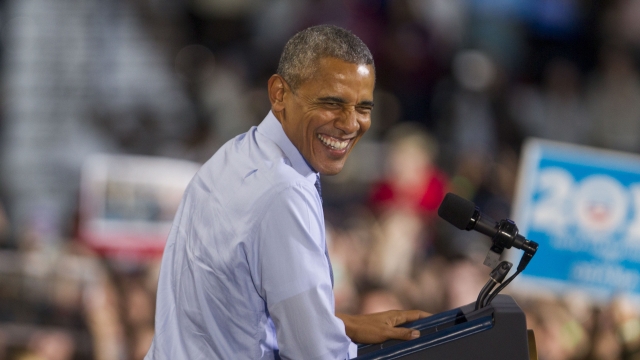 SMS
Obama Suggests He Could Have Won This Presidential Election
By Ryan Biek
By Ryan Biek
December 26, 2016
In an interview with David Axelrod, the president said a majority of Americans would have rallied behind his vision.
SHOW TRANSCRIPT

President Barack Obama suggested that if he'd been allowed to run again, he would have won this year's presidential election.

"I am confident in this vision because I'm confident that if I had run again and articulated it, I think I could've mobilized a majority of the American people to rally behind it," Obama said on the "Axe Files" podcast.

In an interview with David Axelrod, Obama argued even those who'd criticized his vision for the country in the past would have voted in favor of it in November.

Looking at polls throughout the campaign season, Obama might have good reason to be confident.

His approval rating improved significantly in 2016, with analysts noting the mudslinging going on between the presidential candidates worked in his favor.

The fact that Hillary Clinton and Donald Trump were two of the least-liked candidates in modern American history likely would have helped Obama's case, too.

But support for Obama on specific issues wasn't as strong.

A Gallup poll showed people disapproved of the way President Obama was handling four of the five issues voters deemed most important.

Obviously, the 22nd Amendment kept Obama from trying for a third term. But in the interview, he said the message of hope and change that he pushed in his first presidential run still strikes a chord today.