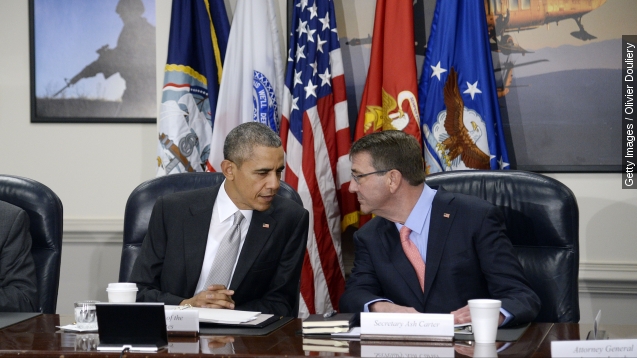 A second member of the Obama administration is under scrutiny for reportedly using a personal email server for official business.

The New York Times reports Defense Secretary Ash Carter was doing government business from his personal account "during his first months at the Pentagon." He started that job in February.

Hillary Clinton's use of a personal email server during her time as Secretary of State was first revealed in March, and according to The New York Times, Carter was using his personal account for at least two months after that revelation.

In a statement to The Times, a spokesperson for Carter said the use of the personal account was a mistake and said, "as a result, he stopped such use of his personal email and further limited his use of email altogether."