Obama On Trump's Plan To Give Out Nukes: He 'Doesn't Know Much' 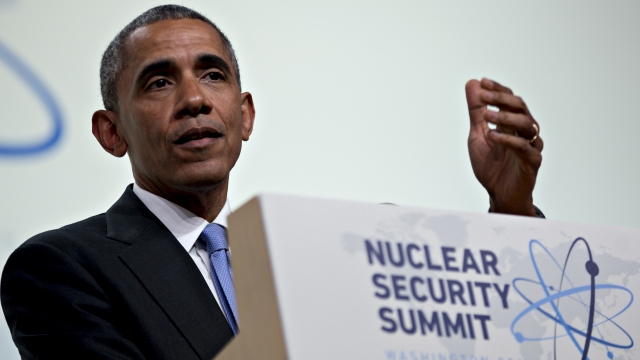 Although he didn't name names, at a news conference President Barack Obama said a certain presidential candidate probably didn't know much about foreign policy or "the world, generally."

Referencing Donald Trump, a reporter asked Obama his thoughts on comments the Republican candidate made in The New York Times. Trump suggested Japan and South Korea should have nuclear weapons to help protect themselves from North Korea.

"The person who made the statements doesn't know much about foreign policy, or nuclear policy, or the Korean Peninsula, or the world, generally," Obama said.

Trump went on to say Japan or South Korea should pay more for U.S. troop support and he's willing to withdraw forces if the countries don't agree to that.

Obama also responded to those remarks at the news conference, saying, "Our alliance with Japan and the Republic of Korea ... has underwritten the peace and prosperity of that region ... and has prevented the possibilities of a nuclear escalation and conflict."

Similarly, Japan's chief cabinet secretary reiterated Japan's commitment to not having nuclear weapons and said, "Whoever becomes president ... the Japan-U.S. alliance ... will remain the core of Japan's diplomacy."

This is an important issue for Obama, who made nuclear nonproliferation a priority during his presidential campaign in 2008. And while he's stayed committed to that in some areas, like the Iran deal, the United States still plans to upgrade its nuclear arsenal in the coming years.