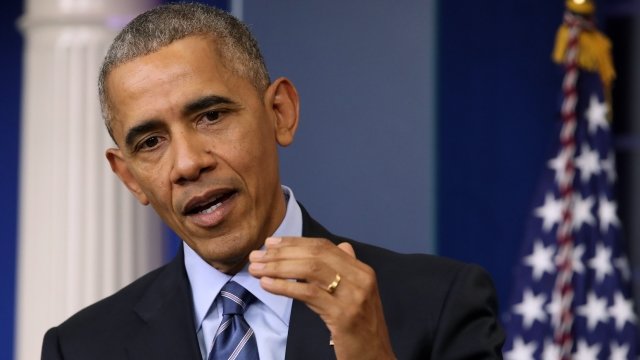 It should come as no surprise that former President Barack Obama doesn't approve of President Donald Trump pulling the U.S. out of the Iran nuclear deal.

In a statement, Obama called Trump's decision "misguided" and a "serious mistake." He also countered the Trump administration's claims that Iran isn't complying with the deal.

Obama noted the intelligence community, the U.S.' international allies and the International Atomic Energy Agency have all reported Iran's compliance.

Obama wrote, "The consistent flouting of agreements that our country is a party to risks eroding America's credibility, and puts us at odds with the world's major powers."