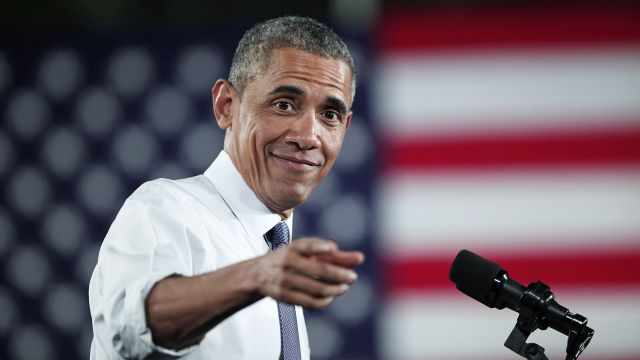 SMS
Obama Tells Trump Protesters To Keep Protesting
By Matt Picht
By Matt Picht
January 30, 2017
A spokesman for the former president said peaceful demonstration is "exactly what we expect to see when American values are at stake."
SHOW TRANSCRIPT

Obama's spokesman said the former president is "heartened by the level of engagement taking place ... around the country." The spokesman also said peaceful assembly is "exactly what we expect to see when American values are at stake."

Trump has defended his decision to freeze immigration from seven Muslim-dominated countries by comparing it to actions Obama took in 2011.

The Obama administration did tighten its screening procedures for Iraqi visa holders in 2011. That slowed immigration from the region to a crawl. But the move was much more limited than Trump's blanket ban, and it came in response to a specific terror threat.