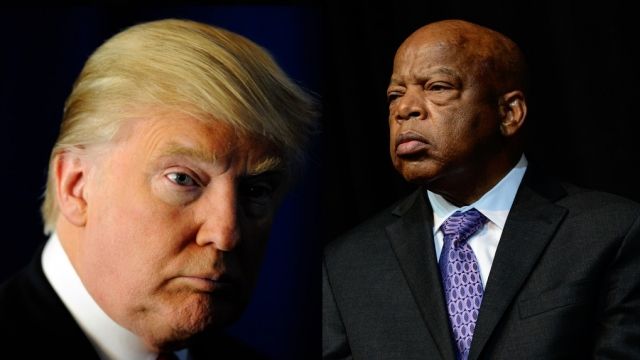 Barack Obama's chief of staff is urging incoming president Donald Trump to do something about the dozens of Democrats who have vowed to boycott Trump's inauguration.

"My hope would be that the president-elect will reach out to somebody as consequential and as somebody who is such a leader as John Lewis, who has done so many things over the course of his life, to try to work this out," Denis McDonough said.

So far, at least 25 Democratic lawmakers have said they won't attend the event. And many claim it's because Trump criticized Georgia congressman and civil rights icon John Lewis.

Last week, Lewis told NBC he would sit out the inauguration. He said he doesn't see Trump as a "legitimate" president due to Russia's alleged interference in the election. 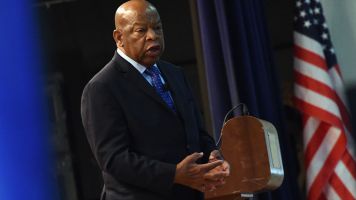 Politicians Fire Back At Trump In Defense Of Rep. John Lewis

"You cannot be at home with something that you feel that is wrong," Lewis said.

Soon after that interview aired, Trump dismissed Lewis as "all talk, talk, talk — no action or results."

And it didn't take long for many Democrats to pledge their support for Lewis and vow not to attend the inauguration.

Others say they're boycotting because of Trump's comments about women, Mexicans and Muslims; his failure to address his conflicts of interest; and his decision to appoint Jeff Sessions as attorney general, among other reasons.

The inaugural swearing-in ceremony is scheduled to begin Friday morning.