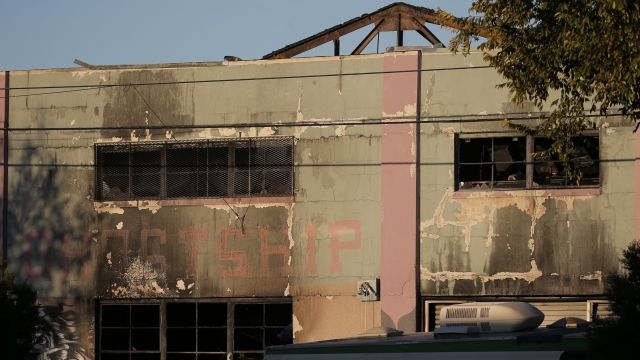 The death toll from Friday's warehouse fire in Oakland, California, has risen to 24, making it one of the deadliest in recent California history.

Officials expect that death toll to rise. Only about 20 percent of the building had been searched as of Sunday morning, and the sheriff's office told KTVU that the county coroner was preparing for the possibility of receiving 40 or more bodies.

Most of the victims that have been found have not yet been identified, according to Alameda County Sheriff Sgt. Ray Kelly.

The worst fire in Oakland history was the 1991 Oakland Hills fire, which killed 25 people.

Fire officials say more than 50 people were having a party inside the building — known as the Oakland Ghost Ship — when it caught fire late Friday night. Local media report the space was home to over a dozen people who used it as an artists' collective.

The city said Saturday that authorities in Oakland had started an investigation into the warehouse just last month after there were complaints about possible safety issues.

The building apparently had no sprinkler system or clearly marked exit paths. Officials also believe the smoke detectors might not have activated during the fire.

Officials told local media that the building's owner didn't have the permits needed to host the event and that a request for a permit would have likely been denied over safety concerns.

It's been 13 years since the U.S. has seen this many fatalities from a major single-structure fire. The last one happened in 2003, when a fire at a Rhode Island nightclub killed 100 people.