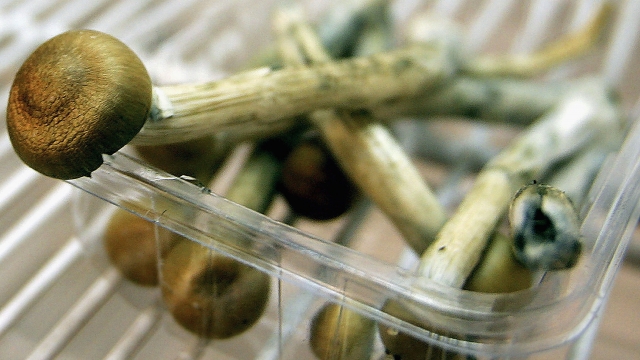 On Tuesday, Oakland's city council unanimously approved a resolution that decriminalizes the adult use and possession of entheogenic, or psychoactive, plants and fungi.

The decision was met with cheers and applause from the dozens of people who showed up to voice their support and share their success stories.

"These medicines are allowing us to get a grip on life," one speaker said.

"That this thing is kept in the dark that can really save lives and really create a lot of redemption and a lot of renewal for people, it's absurd," another speaker said.

"This is not man-made. This is natural medicine at its finest," another speaker said.

Entheogenic plants — like magic mushrooms and peyote — contain psilocybin, a chemical that can cause hallucinations, panic attacks and psychosis.

But preliminary studies have shown psilocybin has the potential to be a "revolutionary" treatment for depression as well as tobacco and alcohol addiction.

Back in May, voters in Denver approved a measure to decriminalize magic mushrooms. Oregon is also considering similar legislation.