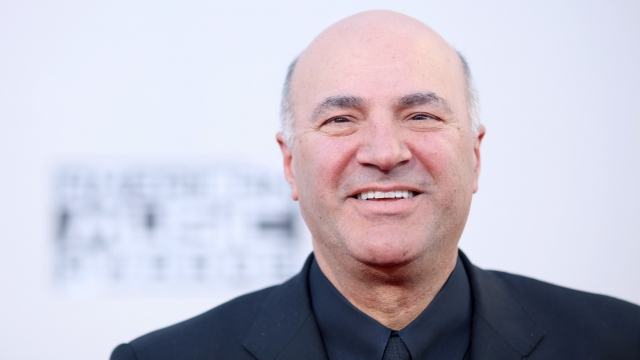 SMS
Sound Familiar? Businessman And TV Star Wants To Run His Country
By Lauren Stephenson
By Lauren Stephenson
January 18, 2017
Kevin O'Leary, known for his role as an investor on ABC's "Shark Tank," announced his bid to lead the Conservative Party of Canada.
SHOW TRANSCRIPT

Just as President-elect Donald Trump is about to take the oath of office, another businessman and TV star has his sights set on following in his footsteps — sort of.

Kevin O'Leary of ABC's "Shark Tank" has thrown his hat into the race to lead the Conservative Party of Canada.

If O'Leary beats the other 13 candidates to become the party's leader, he'll have a shot at becoming prime minister in 2019.

According to a guide on the Canadian parliament's website, a party leader typically becomes prime minister when the party "wins more than half the seats in an election, or if the government is defeated in the House of Commons and resigns."

As explained by CBC, only those who buy party memberships can vote for the party's leader on May 27. They must buy a membership by March 28. 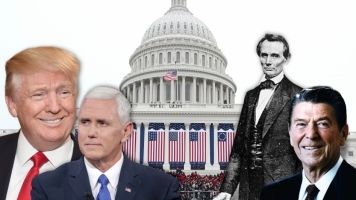 "I look at this country and its bounty and its incredible promise and all it gave to me as an young Canadian. ... Somehow we've lost that. It's been squandered," O'Leary said in a Facebook Live video Wednesday.

"Our country is in serious trouble. We don't have victories anymore. We used to have victories, but we don't have them," Trump said when he announced his candidacy for president during a press conference on June 16, 2015.

And like Trump, O'Leary has his sights sets on improving the economy.

Weeks before O'Leary announced his candidacy, one conservative politician launched a website aimed at stopping O'Leary.

"If principled and pragmatic conservatives don't join together, we will see our party hijacked by the loudest voice in the room who are really just aiming to boost their own profile," Lisa Raitt, a conservative member of parliament and candidate for party leader, said Jan. 3.

"These young Americans have the chance to fulfill an incredible potential and destiny. ... And they won't have a chance if the conservative movement is hijacked by someone who is not a conservative," Sen. Marco Rubio said at the Conservative Political Action Conference on March 5, 2016.

But O'Leary has distanced himself and his campaign from the soon-to-be 45th president of the United States. He said the only similarity is their participation in "reality business television."

O'Leary has even cited Trump's presidency as a reason for Canadians to be worried about competing with the United States.

"He's told us that he wants to take America in a brand new direction. And that siren is the warning that that is for us. It means we have to pivot. We have to be competitive. While he's lowering taxes, we're raising them," O'Leary said.