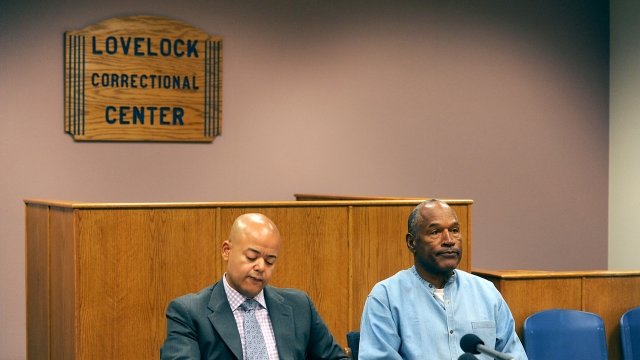 While most of America was asleep Sunday morning, O.J. Simpson was walking out of prison.

The former NFL star was originally given a maximum sentence of 33 years for armed robbery, kidnapping and other charges after he and others stole sports memorabilia in 2007.

But Simpson was granted parole after serving nine years on account of good behavior.

A U.S. district judge ruled Thursday that Black Lives Matter is a social movement and, therefore, can't be sued.

Before Simpson went to prison for robbery, he was acquitted in two different cases: an alleged road rage incident in 2000, and the 1994 murders of his ex-wife and her friend.

Simpson was found not guilty of those murders in 1995. But the case was dubbed the "trial of the century," and the verdict was divisive. He was later found liable for those deaths in a separate civil case.

Though out of prison, Simpson's still set to be under parole supervision for five years.