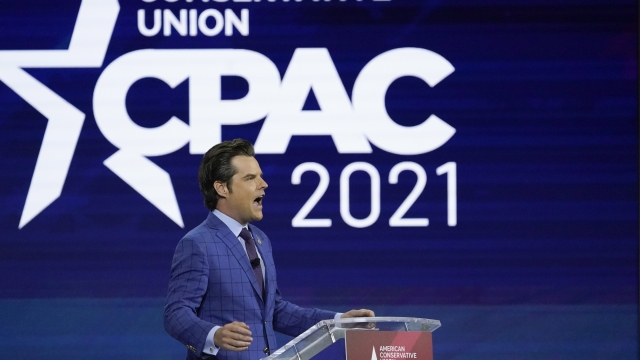 The newspaper cites people close to the investigation, as well as a review of text messages and payment receipts.

The Justice Department investigation into Rep. Matt Gaetz is focused on payments made to women in exchange for sex. That's according to a report from The New York Times.

The newspaper cites people close to the investigation, as well as a review of text messages and payment receipts.

Investigators believe a Florida official, who was indicted on a sex trafficking charge last year, made contact with women and connected them to Gaetz.

No charges have been filed against the Florida Republican and Gaetz denies ever paying for sex.

Earlier this week he said allegations he had a relationship with a 17-year-old were false and part of an extortion plot against him.

"If in fact, these allegations are true, of course being removed from the judiciary committee is the least that could be done," said Pelosi "But, again, I think from what we’ve heard so far this would be a matter for the ethics committee.”

A report from CNN says Gaetz bragged about women he had relations with to House colleagues and showed them nude pictures and videos of the women.

It's unclear if this is related to the DOJ investigation.