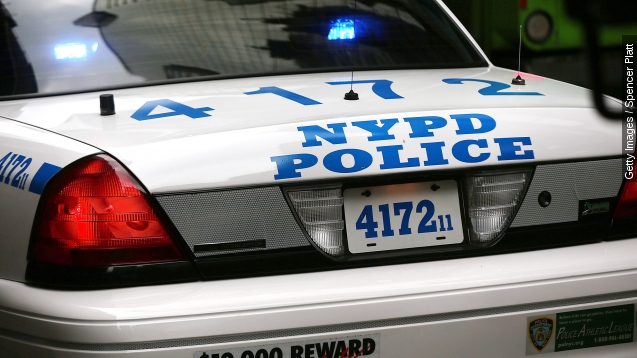 New York City authorities said Friday they went so far as to fly a shooting suspect's mother from Delaware to Staten Island during a six-hour standoff that ended with the suspect dead and a firefighter recovering from gunshot wounds.

The NYPD said the suspect, 38-year-old Garland Tyree, asked to speak to his mother and several family members and even promised to surrender before gunfire erupted. (Video via WNBC)

"He was crawling on the floor. He actually had a conversation with Mr. Tyree, back and forth. ... When shots were fired, Lt. Hayes was shot two times," NY1 reporter Amanda Farinacci said.

After four hours of negotiations, Tyree left the house in which he was barricaded and exchanged gunfire with police. Authorities haven't said if Tyree was killed by police or if he took his own life. (Video via WCBS)

During a press conference, police said they found handguns, ammunition and the AK-47 Tyree used to fire at officers. Hayes, a 30-year veteran firefighter, is recovering from non-life-threatening injuries.