NYC Police Officer Who Shoved Woman On Camera Has Been Charged 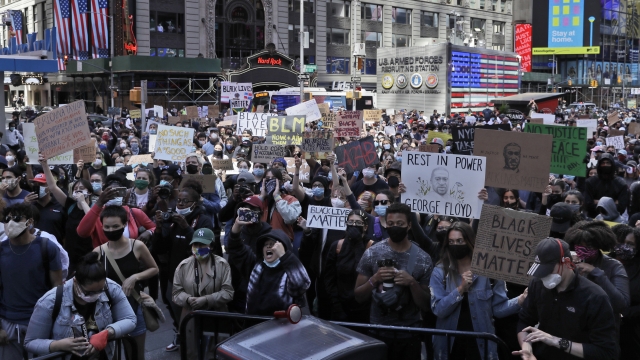 A New York City police officer has turned himself in after he was caught on camera shoving a woman to the pavement during a George Floyd protest last week.

A video posted on social media by the woman, Dounya Zayer, shows D'Andraia approached her and told her to get out of the street. She asked why, and then, according to the district attorney, D'Andraia shoved her to the ground. It was captured on video by Newsweek.

DA Eric Gonzalez wrote: "As District Attorney I cannot tolerate the use of excessive force against anyone exercising this Constitutionally guaranteed right. This is especially true of those who are sworn to protect us and uphold the law. I am deeply troubled by this unnecessary assault."

D'Andraia, of the 73rd Precinct in Brownsville, Brooklyn, has been suspended without pay. He's the first New York City police officer to face charges over his conduct during the protests.

Patrick Lynch, the president of the Police Benevolent Association of New York City, commented on the incident during a press briefing on Tuesday.

"Let the facts go where they go," Lynch said. "But what do we see here in this city? We see a video. We, always the same words go back on your tape. I don't like what I saw. I think he should lose his gun and shields. But then, we're going to have an investigation. They got it backwards. Get the allegation, investigate the allegation, then decide guilt or innocence. Not before."

If he's convicted on the most serious charge, D'Andraia could face up to a year in jail and a $1,000 fine.