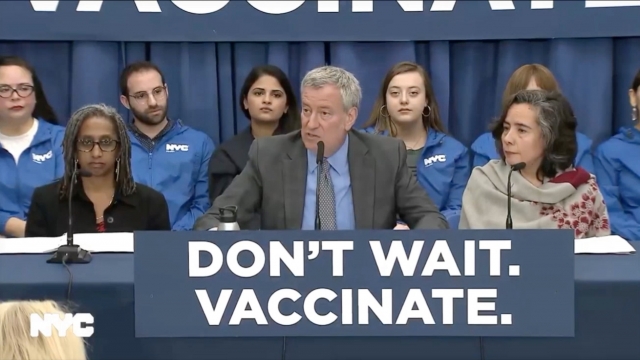 New York City's ordered all residents of a Brooklyn neighborhood to be vaccinated for measles.

The order's part of a public health emergency declaration signed Tuesday. Health officials say unvaccinated people living or working in Williamsburg could face fines up to $1,000 per person.

More than 280 measles cases have been confirmed in New York City since October, with the outbreak hitting the Orthodox Jewish population especially hard. Health officials say that's partly because of a misinformation campaign about vaccines being spread in the community.

"Vaccines are safe, that they are required, that they are in fact much safer than getting actual disease," said Deputy Mayor for Health and Human Services Dr. Herminia Palacio.

New York is one of 19 states to report measles cases this year.

The CDC released numbers last week that showed 465 cases reported nationwide as of April 4, most of them in children. That's a 20% increase from the week before.