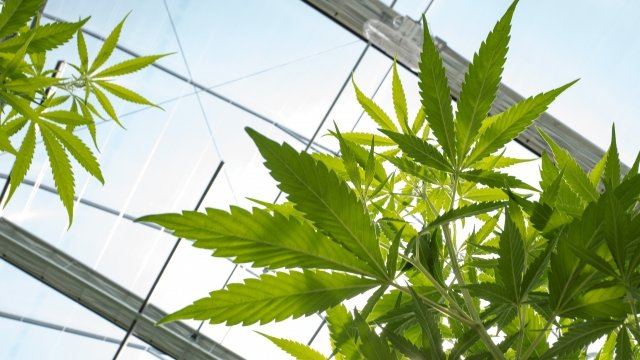 New York has implemented new regulations that'll give certified patients with opioid prescriptions the option to choose medical marijuana instead.

New health regulations in the state of New York will let certain patients with opioid prescriptions request medical marijuana instead.

The state's health department filed emergency regulations that went into effect Thursday, adding opioid replacement as a qualifying condition for New York's Medical Marijuana program. That means registered physicians can certify their patients to use medical marijuana as an alternative to opioids. Some of the other conditions include cancer, HIV, multiple sclerosis and chronic pain.

New York's health commissioner called the move a "critical step" in helping to combat the opioid epidemic and save lives. Some experts say medical marijuana has been shown to be an effective pain treatment, without the risks of addiction and death that are associated with opioids. Studies have shown a decrease in opioid prescriptions and opioid overdose deaths in states that have implemented medical marijuana programs.

The regulations were put in place on a temporary basis, but the department is taking steps to permanently adopt the policy, which will be published in the New York State Register on August 1, allowing for a 60-day public comment period.