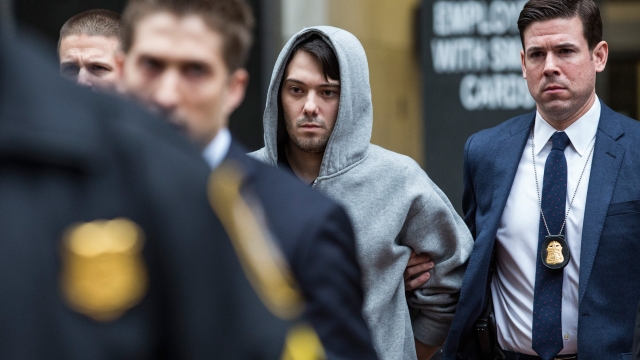 Shkreli, the former CEO of Vyera Pharmaceuticals, is currently in prison for securities fraud.

In 2015, he bought the rights to sell Daraprim, an anti-parasite medication used to treat toxoplasmosis. According to the CDC, the condition can be dangerous for pregnant women and people with immune deficiencies. Shkreli raised the price of the drug from $17.50 to $750 per tablet.

The lawsuit is seeking to ban him from the pharmaceutical industry.

The lawsuit also aims to ban Kevin Mulleady, a former Vyera exec and the director of its parent company.

The lawsuit alleges Vyera took illegal steps to prevent other companies from selling competing medications. It also says Vyera made it "virtually impossible" for competitors to buy enough Daraprim to conduct bioequivalence testing.

In a statement, New York Attorney General Letitia James said: "We won't allow 'Pharma Bros' to manipulate the market and line their pockets at the expense of vulnerable patients and the health care system."

His lawyer told CNBC that Shkreli "looks forward to defeating this baseless and unprecedented attempt by the FTC to sue an individual for monopolizing a market."