NSA Contractor Sentenced To 5 Years In Prison For Leaking 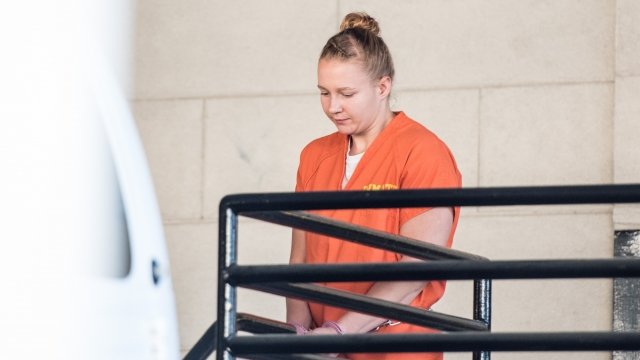 A federal judge sentenced a woman who leaked a classified NSA report about Russian hacking to more than 5 years in prison Thursday.

Reality Winner accepted a plea deal with prosecutors after admitting to leaking the report to The Intercept last September. Winner told the court she "had no intention to harm national security."

The report detailed efforts by Russian intelligence to target local government officials in the U.S. ahead of the 2016 elections.

President Trump has repeatedly railed against leakers in the past, calling them "traitors and cowards."

In June, the FBI arrested former Senate aide James A. Wolfe and charged him with lying to authorities about leaking to the press.