Republicans In Alabama Are Probably Stuck With Roy Moore 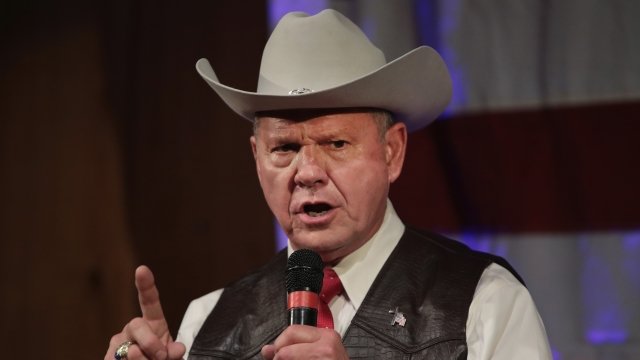 SMS
Republicans In Alabama Are Probably Stuck With Roy Moore
By Ethan Weston
By Ethan Weston
November 10, 2017
Senate Republicans just took a major step in distancing themselves from Moore and withdrew the support of the NRSC.
SHOW TRANSCRIPT

The decision comes a day after The Washington Post published a story alleging Moore made sexual advances toward four teenagers — the youngest being just 14 — when he was in his 30s.

Several Senate Republicans have said Moore should exit the race if the accusations are true. But Moore doesn't seem willing to step aside, and that means Republicans might be stuck with him.

The state Republican Party could ask Alabama's secretary of state to disqualify Moore, but so far some seem to be circling the wagons around their candidate.

Outside of that, there's no legal framework for parties to replace a candidate for national office in Alabama. And candidates themselves need to give 76 days notice if they're going to withdraw from consideration. 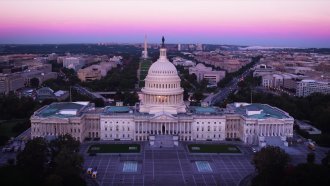 The election is on Dec. 12, meaning it's too late for Republicans in Alabama to replace Moore if he withdraws from the race. Ballots also wouldn't be reprinted and votes for him would simply be ignored — essentially giving the election to Democrat Doug Jones.

Some Republicans have suggested finding a write-in candidate to vote for instead of Moore. Alaska Sen. Lisa Murkowski said Thursday she'd already spoken with Sen. Luther Strange, Moore's opponent in the primaries, about that option.