NRA, Congress And White House Gang Up On Bump Stocks 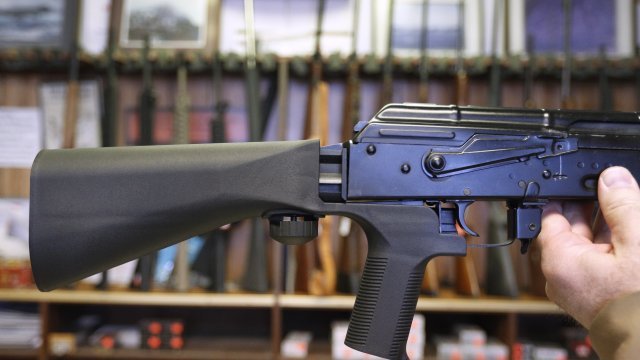 The mass shooting in Las Vegas now has the pro-gun National Rifle Association calling for tougher laws — not on the guns themselves but on an accessory the gunman might've used.

That's referring to a "bump stock," a device that uses a semi-automatic rifle's recoil to mimic fully automatic firing. The device was found on 12 weapons recovered from the shooter's hotel room.

Politico notes the device is banned from a lot of firing ranges, including the NRA's in-house one in Fairfax, Virginia. 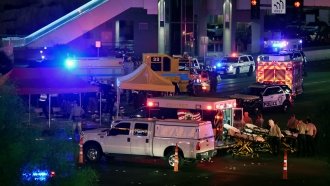 Bump stocks are technically legal because they don't modify the mechanical components of semi-automatic rifles. But the Vegas shooting has prompted a legislative push to ban the device.

The move is gaining some traction with Republican leaders, including from the White House and House Speaker Paul Ryan.

With all this talk of a potential ban on bump stocks, sales of the devices have spiked after the Vegas shooting.