Notre Dame's Rector Says Cathedral's Structure Might Not Be Saved 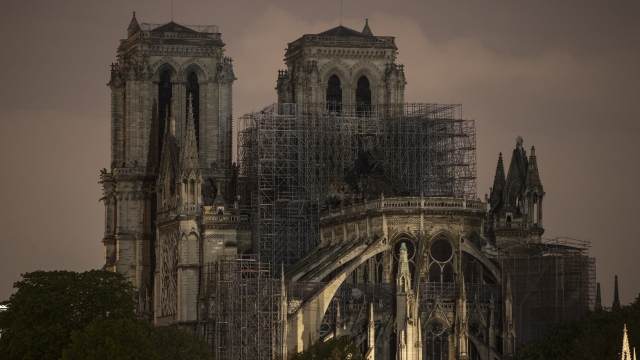 The rector of the Notre Dame Cathedral said the cathedral's structure could be in jeopardy because of scaffolding — the temporary structure on the outside of the building — installed before the fire. That's according to a report from The Associated Press.

Monsignor Patrick Chauvet told the AP: "Today we can say that there is maybe a 50% chance that it will be saved. There is also 50% chance of scaffolding falling onto the three vaults, so as you can see the building is still very fragile."

He said restoration work will most likely not start until 2021.

In April, a massive fire broke out and destroyed the iconic cathedral's spire and roof. It was under renovation at the time of the fire, which is being treated as an accident. And for the first time in more than 200 years, Christmas services had to be held somewhere else.

The cathedral is one of Paris' most popular attractions. But now people can only see the cathedral from a safe distance. The fire released tons of toxic lead dust, which authorities are still working to clean up.