Not So 'Crazy Rich.' Asians Have The Highest Income Inequality 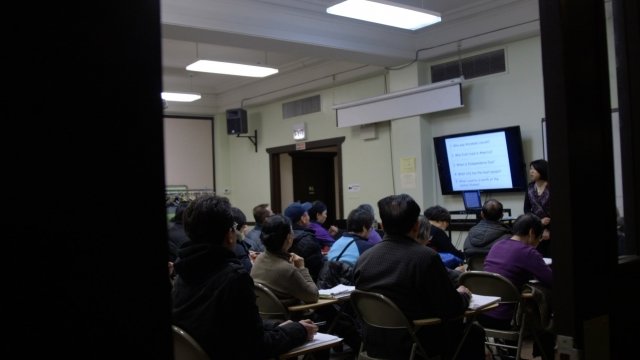 SMS
Not So 'Crazy Rich.' Asians Have The Highest Income Inequality
By Cat Sandoval
By Cat Sandoval
August 20, 2018
The film "Crazy Rich Asians" is a story about the very wealthy. In reality, Asians in the U.S. have the largest wage gap.
SHOW TRANSCRIPT

The film "Crazy Rich Asians" is a box office success, with a story that focuses on the very wealthy in Singapore. Yet this idea of the successful, rich Asian trope has been portrayed in other movies and in film like the character of Tipton London in Disney's "The Suite Life of Zack & Cody." In reality, Asians in the U.S. have the largest income inequality — with the "crazy rich" making 10.7 times as much as poorer Asians. From 1970 to 2016, that income gap nearly doubled.

Asians are America’s fastest growing major racial and ethnic population. One of the reasons for the economic divide are multifaceted immigrants. Some arrive with high-skills-based visas while others come as refugees.

And although Asians have the highest earnings of any other ethnic group, 12.3 percent of Asian-Americans live below the federal poverty line, and advocates say their stories are often forgotten. 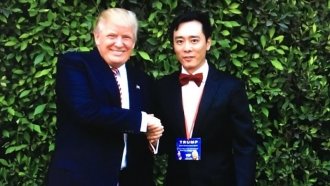 This Chinese Immigrant Founded A Pro-Trump Movement — Here's Why

The "model minority" myth that all Asian-Americans are wealthy and highly educated is often perpetuated in entertainment and news media. But this stereotype can be dangerous because it can be used as a wedge to justify racism and it hides Asian-American poverty or even lack of social services. For example, in New York City, Asians had the highest rate of poverty of any ethnicity from 2010-2014 but received 1.4 percent of social service funds. Asians in New York City also have the highest poverty rate among full-time, year-round workers.

Nationally, one in 10 Asian-American and Pacific Islanders are food insecure and about half of Asian-Americans in poverty received Supplemental Nutrition Assistance Program, commonly known as "food stamps" or SNAP.

Asians make up 5.6 percent of the U.S. population. Because people from more than 20 countries across the East, South East and Indian Subcontinent are typically called Asian, advocacy groups say grouping Asians together can leave others behind. Disaggregating data can address specific community needs like language barriers and lack of social services.