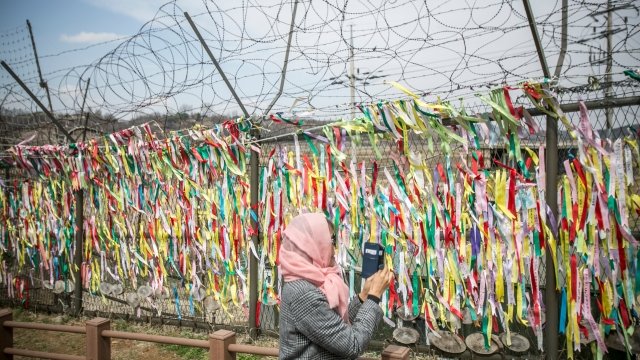 North and South Korean troops are removing land mines scattered along their heavily fortified border in an effort to ease tensions between the two countries.

This is part of an agreement the two countries' leaders reached during last month's summit in Pyongyang. It's the first step in efforts to build trust between the historically feuding nations, and it's their first joint de-mining operation in over a decade.

There are an estimated 2 million mines buried in and around the more than 150-mile DMZ. A South Korean military spokesperson said the operation had begun on both sides, but North Korea has yet to give an official statement.