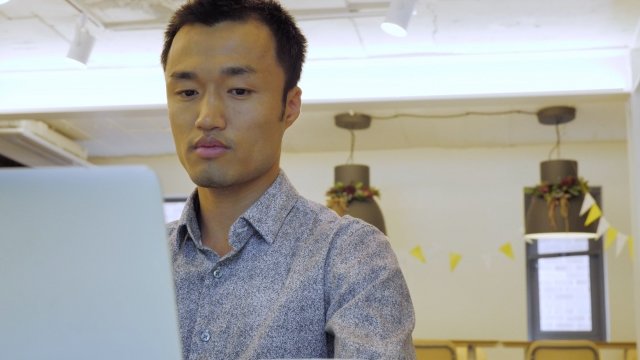 A North Korean defector, now living in Seoul, says President Trump is being used by Kim Jong-un. Min Kang spoke to Chance Seales in the office where he runs a website design company. This is a partial transcript of their conversation.

Chance Seales, Host of "The Why": Your life didn't begin here; it started in North Korea. What was your life like there?

Min Kang, North Korean defector: I was born in Pukchong County, South Hamgyong Province. Where I was born, the streams of water were clear and beautiful, but when I was around 10, in my hometown a lot of kids like me starved to death, and I've seen a lot of horrible images like that. It's a truly beautiful place, but I've seen a lot of hardships. 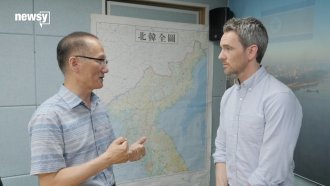 Kang: My mother would travel around the country, carrying merchandise and trying to sell it door-to-door. Her family would take care of me while she was traveling, so I'd hang out with my cousins and nephews, but we didn't have anything to eat, so I went to the mountains and became a logger — that's how I bought food.

Seales: Were you aware of the outside world? Listening to propaganda that people wanted to kill you, did you believe it?

Kang: The propaganda praising the Kim family and negative words about the outside world, unlike what the North Korean government says, people are aware that they're not true. I was moved by a movie like "Titanic." People watch a lot of TV shows and soap operas, and people think pop culture is cool. They follow the fashion. No matter what the North Korean government says, it's totally unrelated to the actual daily lives of citizens.

Seales: As a young man, you decided to defect, or escape. How and why did you do it?

Kang: I started earning money for myself at 15. Until I was 20, I sold anything that could make a profit. When I was 20, I got scammed by someone I trusted like a brother, so I went to China to make money. I went there to start from scratch. It was there that I saw the outside world. That made me think … I need to go to South Korea. 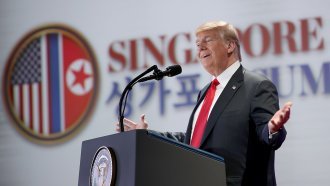 Seales: You were born in North Korea where the internet is illegal still in 2018. Now you're a tech entrepreneur, which is pretty cool.

Kang: It's even fascinating for me that I'm doing this. I defected, went to China, and I was connected to the internet for the first time. When I saw that, I saw the possibility of the internet, where the entire world is connected. Thinking of who I was in North Korea ... I look back and feel like a different person, like a stranger.

Seales: You mentioned your mother's family. Do you know how they're doing? This regime has a history of punishing the defectors' families.

Kang: Thankfully, I don't have immediate family in North Korea, so I can tell my story. My friends around me, they suffer a lot because their families are in big trouble. That's why a lot of my friends live quietly, trying to save money to send back to North Korea. If it is known that you've defected to South Korea, recently the punishment has gotten worse, and they send the entire family to concentration camps. I've been hearing these stories time to time. The parents of one of my close friends got sent to a concentration camp. … They just cry and cry. I know a lot of people with those experiences, their families were sent away. You don't return from a concentration camp. They sometimes wipe out your entire family.

Seales: I'm wondering about the future. Right now the North and South are trying once again to improve relations. I wonder if you would ever consider moving back home one day, or is it not home anymore?

Kang: I really want to go back home. I want to go back as soon as I can. I want to go and do something. There's one thing that bothers me after coming to South Korea — I feel guilty about the people back home because I enjoy so much freedom. Sometimes I have vivid dreams about going to North Korea. I know the trip could kill me and it's dangerous, but I want to go. I even want to go right now. There's been talk that North Korea is going to open up to the international community, but I don't think it would happen on its own. Right now Kim Jong-un and Trump are trying to have a summit, but if you look at the North Korean state media, they're using this meeting to consolidate their power and elevate Kim Jong-un as a leader praised all over the world. If you do nothing, North Korea would not open up, nor would the dictatorship change. People from the outside world, people like me or others, should take action. For example, just like other civic groups, you can put rice in a plastic bottle and when the current flows north, it will arrive on their coasts. Or smuggle in good-quality information about the outside world. In fact, those things have been changing North Korea and perceptions about the outside world. People who encounter that information share it with family and loved ones, and that's how North Korea has been changed. I believe these are the things we should continue.