North Korea Might Be Willing To Give Up Its Nuclear Weapons 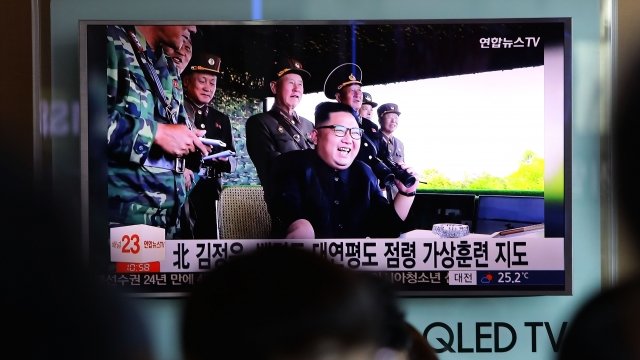 SMS
North Korea Might Be Willing To Give Up Its Nuclear Weapons
By Lindsey Pulse
By Lindsey Pulse
March 6, 2018
After talks in Pyongyang, North Korea, envoys from South Korea say the regime is willing to talk with the U.S. about abandoning its nuclear weapons.
SHOW TRANSCRIPT

South Korea says North Korea is willing to talk with the U.S. about scrapping the regime's nuclear weapons.

South Korean envoys visited the North for talks. The delegation said North Korea is open to discussing denuclearization and normalizing relations with the U.S.

The Hermit Kingdom reportedly made it clear it has no reason to keep nuclear weapons as long as it's not under military threat and its security can be guaranteed.

This is a major diplomatic stride. North Korea also said while talks are ongoing, it won't make any provocative moves, like ballistic missile tests.

President Donald Trump tweeted Tuesday indicating the U.S. is prepared to sit down, saying, "Possible progress being made in talks with North Korea."