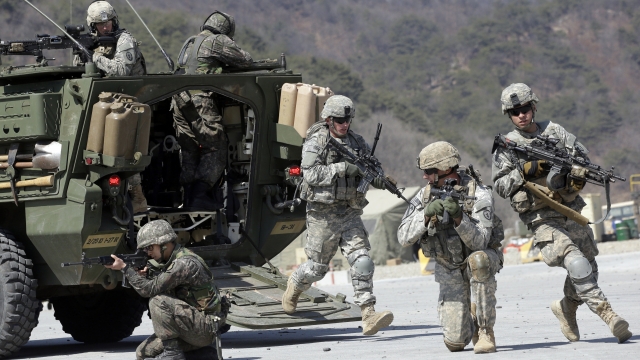 SMS
North Korea Warns U.S. Not To 'Cause A Stink'
By Newsy Staff
By Newsy Staff
March 16, 2021
The country warned the U.S. to not conduct joint military exercises with South Korea in the region.
SHOW TRANSCRIPT

North Korea is warning the U.S. not to "cause a stink" by engaging in military exercises with South Korea.

The comments came from the sister of North Korean leader Kim Jong-Un.

For years, the U.S has had a military presence in South Korea and participated in annual drills.

The White House said it reached out to North Korea but has not heard back.

"Diplomacy is always our goal," said White House Press Secretary Jen Psaki. "Our goal is to reduce the risk of escalation, but to date, we have not received any response."

Former President Trump met with Kim multiple times but failed to reach a deal over ending the country's nuclear pursuits.