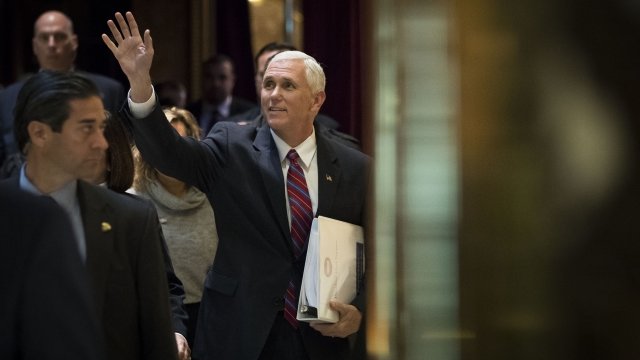 North Korea is once again threatening to pull the plug on an upcoming summit between its leader Kim Jong-un and President Donald Trump.

North Korea's vice foreign minister said Thursday that it's up to the U.S. to decide if it wants to to avoid a nuclear showdown.

She was responding to what she called "ignorant and stupid" comments Vice President Mike Pence made earlier this month to Fox News.

In that interview, Pence doubled down on national security adviser John Bolton's analogy that North Korea could follow in the footsteps of Libya to ensure a completely verifiable denuclearization process.

North Korea has previously cited Libya as the reason it needs nuclear weapons, since former Libyan leader Muammar Gaddafi was toppled and killed by revolutionaries less than a decade after he gave up his nuclear program.

Trump also recently cast doubt on the planned June 12 summit, saying, "There's a very substantial chance that it won't work out." He noted his team would know more next week after White House officials fly to Singapore to try to get the details ironed out with North Korea.