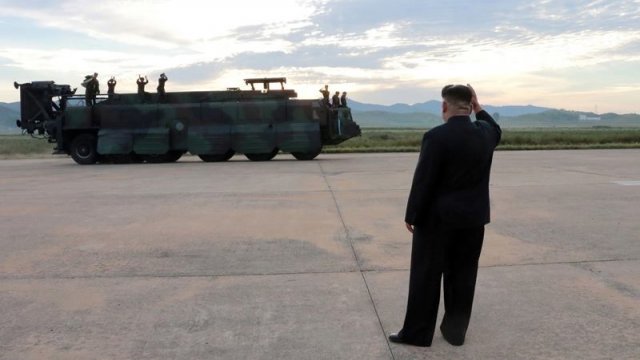 SMS
North Korea Says It Will Stop Missile, Nuclear Tests
By Jake Jones
By Jake Jones
April 20, 2018
The country also says it will close down one of its nuclear test sites.
SHOW TRANSCRIPT

Multiple outlets are reporting North Korea will stop its nuclear and long-range missile tests as well as shut down one of its nuclear test sites. The news originated on North Korea's state-run news site.

Kim Jong-un and South Korean President Moon Jae-in are scheduled to meet in late April, the first meeting of the North and South leadership in more than a decade. A direct phone line was also set up in preparation for the summit.

Kim is also planning to meet with President Donald Trump, although details of that summit haven't been finalized. Trump has said he will meet with Kim sometime in May or June.

Kim will also reportedly pledge to denuclearize without U.S. concessions, like removing troops from South Korea.

Trump has maintained U.S. pressure on North Korea in the form of sanctions, since previous leaders had made similar promises to denuclearize, only to go back on their word.